Even the great ones can screw this one up, case-in-point: Apple, Inc. Consider this lesson when preparing for your next investor pitch.

Love or hate Apple – they are still a powerhouse.

What other company has consistently convinced people all over the world to be the first in line to buy the new version of what they just purchased 6 months ago? There are many reasons for the success of Apple’s international awe. Regardless of how they got there, one man was on point throughout it all. Under his leadership as co-founder, chairman, and CEO, Apple achieved spectacular heights. He was more than just a company head, Steve Jobs was also Apple’s front man.

I consider myself a fairly level-headed person, but I often put the world on hold as Steve would announce live what we were going to spend our money on next. This is the tech geek’s version of waiting for Santa Clause on Christmas Eve. Like Jobs, Cook has a tremendous resume of success with companies like IBM and Compaq. Cook joined Apple in 1998 and had continued to increase value through the years.

If comparing resumes, Cook comes out with a much higher ranking than Jobs; higher education, more robust experience, officer at multiple fortune 500 companies and so on. Clearly, Cook is a reasonable choice for CEO; however, he is a terrible front man!

2014 brought the release of Apple’s latest and greatest – the iPhone 6 and iPhone 6 Plus. As always, I scheduled my work day around the September 9th event. When it was all said and done, I felt like I had wasted my time. Instead of pre-ordering every available product, like I had done in years past, I got back to work.

In year’s past, I would have thought it sinful to be using an Apple product over a year old. It could be that I just don’t need the new phone, but I hadn’t needed any of its predecessors. It could be that the new capabilities are of no value to me, but that was never a mitigating factor before. It could be that I just don’t have the money, but that never stopped me in years past. The reason I don’t have an iPhone 6 is that Tim Cook is boring. He gave me a lot of facts and played some great music, but at the end of the day, I did not feel that my life would be improved by the iPhone 6.

Confidence vs. Arrogance in Entrepreneurs.

In a nutshell, Tim Cook had given me valuable information whereas Steve Jobs had always inspired me.

Does this mean that Cook was the wrong choice for CEO?

No, he’s just the wrong front man for Apple.

It is extremely rare to find that the most brilliant leader, inventor, coordinator and/or marketer on your team is also best suited to be the front man. However, there is one criteria for choosing your front man and it most often comes with the answer to a single question: Who is the best communicator?

This is the person everyone wants to be around. Everyone wants to listen when this guy or girl is talking. This person understands the difference between influence and manipulation. They know how to inspire other people. Many of the world’s most effective leaders were not the smartest individuals in the room – they were inspiring communicators. 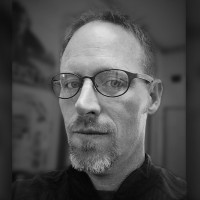 Matthew Cleek is a serial entrepreneur and is a co-founder of FundingSage, which provides valuable information, tools and resources to entrepreneurs seeking to start, grow and fund a business. Matthew's business ventures include Intellithought, theEclassifieds, Spectrum20, Theme Spectrum and more.

6 Items to Prepare for a Pitch to Concept Stage Investors

Put
A contractual term/condition which provides the investor the option to compel the company to purchase their shares.6
Pitch
A presentation in which a startup founder attempts to persuade an investor of the viability of their company.  The presentation spectrum varies based on the specific purpose of the pitch.  Brief presentations in which an entrepreneur provides a 30 - 60 second overview of their idea, business model and marketing strategy, with the purpose of attaining a followup audience with an investor are described as elevator pitches.  Formal, detailed presentations utilizing power point type slide decks, with the specific objective of seeking investment from angel groups or VCs, are known as investment presentation pitches.6