There is one key to ensuring your best chance at startup success: “Brutal Honesty.” Without that, you likely will not succeed.

23 years in the military, 25 years of entrepreneurship, and a brief foray into local elected office has taught me that humans have an amazing propensity to fool themselves. This manifests both as outright deceit as well as simple wishful thinking. Regardless of its nature, failure to understand and accept reality is a key indication of impending failure.

I first learned this lesson as an Aide for a General Officer in the Army. He was a hard-nosed Patton-like character who tolerated little incompetence and no excuses.

Yet, he was always a cheerleader for the troops. He lauded them for their accomplishments, motivating and encouraging them to strive even harder. There was always raucous cheering, reminiscent of the celebrations of a sports team after a big victory.

That was the public face – optimistic and full of energy. This is the same face entrepreneurs must portray to the external world. Despite problems or setbacks, startups must be pushed forward, often by only the founder’s sheer will to succeed.

Success is the ability to go from failure to failure with no loss of enthusiasm. – Winston Churchill

However, my General’s tone behind closed doors was another matter entirely. His tenor with the leaders can only be described as “brutally honest.” Yes, its important to acknowledge successful actions, but we must also admit our shortcomings. This was an overriding imperative in military training and operations. Failure isn’t measured in profit or loss; the cost is counted in the lives of those wounded or killed. It is “unlimited liability.” For startups, lives might not be at stake, but the survival of the company is.

Improvement is only possible once problems are identified & acknowledged

This is the first (and hardest) step. People hate admitting their mistakes, particularly in environments where “heads might roll.” Therefore, the key is to never “shoot the messenger,” even if they may be culpable. Instead, “tease out” the cause and effect relationship.

Hold after action reviews. Encourage dialogue and participation. Make it clear that everyone will be in the hot seat at some point. No one is perfect, including the founder, so admit your own flaws. In fact, it can be helpful to start by highlighting your shortcomings and asking your subordinates to comment on your performance.

Once everything is on the table, it’s time to figure out how to fix things

My brother was a Naval officer, and his wife was an astronaut on the ill-fated Columbia space shuttle. He once told me that there were two components to an accident investigation:

This also seems like a pretty good template for assessing and correcting problems in startups: prevent reoccurring failures and mitigate the effect of a problem on your operations and financial well-being. The former is generally straight forward. Sadly, it often comes down to human error. Nothing is perfect, and there is a good chance it may happen again. You want to be prepared for it.

Mitigation is harder to address. These problems are not entirely technical. Often they are procedural. Milestones and check-steps can help identify and stop the spread of a problem after it occurs. Likewise, training in problem identification and trouble-shooting can be key. However, employee improvement and training are often low on the priority list in the startup process when funds are scarce.

In the end, failure is not an option – it is a near certainty. The issue is not whether you will stumble, it is how you address and correct the problems. Actually, you can use your story of overcoming setbacks to your advantage. Rather than hiding them, a great story of good leadership and perseverance can sometimes help investors gain confidence in your management team.

In order to be successful, you must adequately address problems as they arise. The very first step in that process is “brutal honesty,” particularly with yourself as the founder and leader of your startup company.

Due Diligence Demands on the Rise for Entrepreneurs

Two Important Ways to Use Feedback to Improve Business Performance 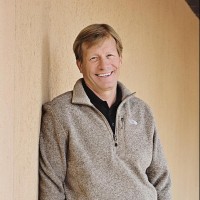 The Value of Vision and Mission, Or Lack Thereof

How To Find Advisory Board Candidates

How to protect your Intellectual Property – Trademark

Startup
A startup is a new business venture / enterprise in its initial or early stages of development. These stages include the concept, seed, early, growth and mezzanine stages.6
Option
A security granting the holder the right to purchase a specified number of a Company’s securities at a designated price at some point in the future. The term is generally used in connection with employee benefit plans as Incentive Stock Options (“ISOs” or “statutory options”) and Non-qualified stock options (“NSOs” or “Nonquals”).However “stand-alone options” may be issued outside of any plan. Generally non-transferable, in distinction to warrants.3