Accelerators have been booming since the beginning of Y Combinator in 2005. Yet, Harvard applicants have higher odds of acceptance than applicants to TechStars, Y Combinator, or Fledge. So what is to become of this trend? Will the industry reach saturation? Will accelerators accept any applicant who applies? What does the future hold for accelerators?

Why are there so many business accelerators?

Accelerators do exactly what their name implies – they accelerate businesses and startups. They provide mentoring, guidance, and resources to entrepreneurs in a condensed amount of time (typically, 3 months). By the end of the program, most startups have the opportunity to gain seed capital, develop their network, and pitch to investors on demo day.

More accelerators are appearing each month, and have been for a dozen years, since the modern business accelerator was launched by Y Combinator. Gust reported in 2016 that 579 accelerator programs have invested over two hundred million in entrepreneurs and startups. Meanwhile, Conveners is tracking more than 750 social good accelerators through its Accelerating the Accelerators program.

This is a stark contrast to 2005, when Y Combinator was the first and only accelerator with just $200K in investment funds.

The best of these programs accept just a single digit percentage of their applicants.

Most accelerators are industry specific, but being open to the public creates intense competition. Applicants to Stanford and Harvard business schools have higher odds of acceptance than applicants to Y Combinator, Techstars, or Fledge. So what is to become of this trend? Will the industry reach saturation? Will accelerators accept any applicant who applies? Or, are there really so many entrepreneurs that we’re decades away from that?

Much more likely the latter.

That thanks to the Kauffman Foundation, we know that that over half a million companies get started annually in the United States.  That alone explains why there is no shortage of applicants to accelerators. Furthermore, consider how that number grows if you project those values to the uncounted millions of entrepreneurs around the world.

In reality, the big question, then, isn’t about saturation. Instead, it’s, “How can these programs improve their reach to millions of startups?”

Techstars is a great example of this. They started down this road years ago. In 2006, they ran only one annual session in Boulder, Colorado, and now, they operate a network of over 25 programs across the U.S. (plus a few Europe).

A network of accelerator programs, as opposed to multiple stand alone accelerators, results in more efficient programs, diverse networking communities, and streamlined operations. The next wave of accelerators (or existing accelerators) now have the opportunity to join in one of the growing networks. Fledge is following in the footsteps of Techstars. Programs in Lima, Peru and Barcelona, Catalonia/Spain  are replicating the original Fledge program in Seattle, and new programs are joining in 2018 in Padua, Italy and Vancouver, Canada.

Beyond helping the operators get their programs off the ground faster, these networks also benefit the participants in other ways.  Instead of dozens of mentors all from one city, the networks provide access to hundreds or thousands of mentors from dozens of countries. Rather than dozens of connections with local investors, there are connections to hundreds of investors spanning the globe.

Networks and consolidation are not new ideas. A century ago, there were over 1,000 car manufacturers, and now only approximately 15 global producers remain. Over 100 years, thousands of airlines launched and eventually consolidated into a few dozen large carriers. In 50 years, dozens of cable television companies sprang up, only to be merged into a small handful.

We are in the second decade of the modern accelerator, and we’re just staring to see the inevitable creation of networks. The networks will create better programs for entrepreneurs, which is the whole point of these organizations. It’s a win-win for everyone.

Funding A Startup: 6 Items Entrepreneurs Should Address When Launching

5 Reasons Your NDA Could Torch Your Chance for Funding 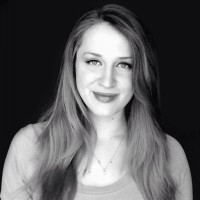 Rebecca is a seasoned international traveler and Digital Marketing Specialist who assists in marketing strategies and creative development for FundingSage. She has her post-graduate degree in International Business Management from UCLL in Belgium

How To Email Investors

Crowdfunding – The Most Unusual Source of Startup Funding [Infographic]

HTTP
Hyper Text Transfer Protocol
BR
Bounce Rate
Seed Capital (Seed Money)
The initial round of capital for start-up companies, typically provided by angel investors through preferred stock or convertible bond type instruments.6
Seed Capital
Seed Capital is the money used to purchase equity-based interest in a new or existing company. This seed capital is usually quite small because the venture is still in the idea or conceptual stage.5
Director
Person elected by shareholders to serve on the board of directors. The directors appoint the president, vice president and all other operating officers, and decide when dividends should be paid (among other matters).3
Demo Day
Where the graduating class of Incubators and Accelerators is given a chance to pitch to investors. 2
Pitch
A presentation in which a startup founder attempts to persuade an investor of the viability of their company.  The presentation spectrum varies based on the specific purpose of the pitch.  Brief presentations in which an entrepreneur provides a 30 - 60 second overview of their idea, business model and marketing strategy, with the purpose of attaining a followup audience with an investor are described as elevator pitches.  Formal, detailed presentations utilizing power point type slide decks, with the specific objective of seeking investment from angel groups or VCs, are known as investment presentation pitches.6
Capital
Financial capital is a term that can refer to the money exchanged between entrepreneurs and investors during a business deal. Entrepreneurs need to raise capital for their startups while investors can provide them with the needed capital (or funding). Financial capital usually comes with interest, and new business owners can use their financial capital in purchasing real capital (or machinery or equipment) for their new business.4 Related Terms Carried Interest | Accrued Interest Related Articles Why Can't I Obtain Startup Funding? 9 Constituents Investors Will Want to Talk With Prior to Funding Your Startup
Accelerator
In an Accelerator, a Seed investment is made in return for equity and usually between $15K - $50K. Startups are admitted in classes and work in groups. They are generally given a deadline to complete intensive training and iteration (typically 1 week to 6 months). Startups end an accelerator program with a Demo Day in which they pitch to investors.2  Related Terms Seed Stage | Equity | Demo Day Related Articles Incubators & Accelerators: Which Best Fits Your Needs? Startup Search Tools: Find My Accelerator Accelerator Success Stories